Epcot is a park that hasn’t seen new work in a long time. We will be seeing a new Frozen attraction in 2016 but if I were in an Imagineer for the day here is what I would do.

World Showcase could really use some more attractions for the whole family, the films just aren’t cutting it. I would add a dark ride to Germany, one that takes you through different regions of Germany. The rooms could represent the most popular regions displayed on screens similar to that in the Gran Fiesta Tour. 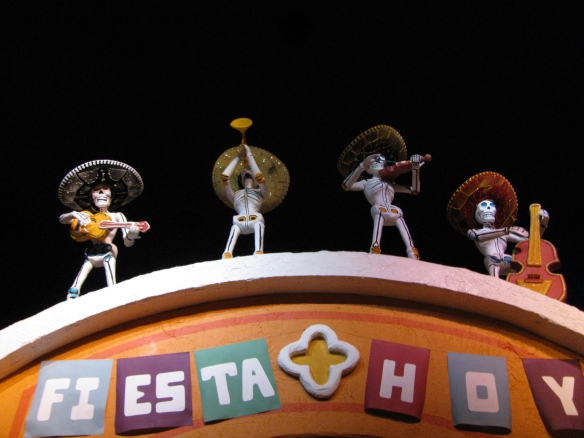 Next in France we will take a ride with Remy from Ratatouille around Paris and follow his adventures based on the film.

If we wanted to go really bold we could add a Mary Poppins attraction in the United Kingdom pavilion. I’d love to see Mary and Bert on their Jolly Holiday.

In Future World I would also make some more changes. Let’s first get rid of Ellen’s Universe of Energy, in its place will go an E-ticket attraction similar to Test Track. Maybe an energy themed ride with is interesting and educational.

It is possible that after all the work is done in Animal Kingdom and Hollywood Studios that Epcot will see the next change.  But until then all we can do it dream!

If you missed Part I or Part II check them out!  Leave a comment of what you would change in Epcot.

I love to play “If I were an Imagineer” and I know a lot of you Disney fans do the same. These aren’t all original ideas, but the ideas I would implement in the park if I had the power and budget. 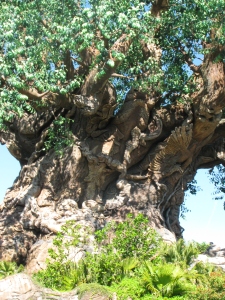 Animal Kingdom is the park I can see that has the most room for improvement because there is the space and the need for some more to do here. With Avatarland coming it will alleviate some of this need, but we shall see how it is when it is full open.

Dark rides- A Jungle book dark ride would be perfect in this park. If fits the theme of the park and is a ready-made story line. Or even a boat dark ride through the film Pocahontas or Tarzan. I think there are so many films that would work in this park and fill the void of attractions that appeal to families while also getting you out of the hot sun for a little while.

Night time show- Something along the lines of the World of Color. This would allow the park to stay open later but not be loud in the way fireworks are.

Another rollercoaster- somewhere along the lines of Seven Dwarfs Mine Train, fun but not huge thrills like Expedition Everest. This attraction would appeal to a wide range of people. I could see an Indiana Jones theme go over well here!

Water Taxi/Boat Ride- A attraction that also doubles as transportation that goes around the waterways of Animal Kingdom. Imagine you can take it round trip but there are also stops along the way. You can easily walk the park but why not sit down and enjoy the view as get from one side of the park to another.

Stay tuned for the next installation of Imagineer for the day. But while you are waiting you can check out Tara’s series on the same subject!

So, a few weeks ago I shared what changes I would make if I were an Imagineer for a day (boy I am quick with the renovations!) at Magic Kingdom. Today, I move on to Epcot. Many of you may be familiar with how and why this park was developed but to those not familiar I am going to give you a brief history. Experimental Prototype Community of Tomorrow (EPCOT) was planned and began it’s building near the end of Walt Disney’s life. It was to be a prototype of a planned community where people lived and worked. After Walt died most of his plans were destroyed and it became the theme park we all know and love as Epcot.

So, I am going to change three things about this park and the first is adding a country to 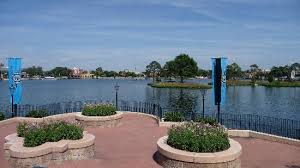 the World Showcase. I love something about all the countries that are already there but know there is room for more…and though I get stuck between a few options such as Brazil or Australia know that I am more than willing to visit these countries tourism boards and find out what they offer and decide who gets the new pavilion.

Second, I would change Soarin’ over California into Soarin’ over Florida or the East Coast or something other than exactly the same as California’s Disneyland’s attraction. I hear rumors that this is already in the works but who knows? Maybe they will read this post and decide to move forward!

Third, I would change Ellen’s Energy Adventure…I know I love it too for a nice, long nap but even though this was a great attraction it has run its course. It is a tad bit too long for the normal attraction and attention span and it tends to get tiring in the middle. Plus with all that is going on it just is slow. It is a huge space and there is so much potential for a really cool new futuristic attraction that it seems long overdue to me.

So, what do you think? What country in the World Showcase do you want to see? Any you want to go? Tell me what you would do if you were an Imagineer for the Day at Epcot? 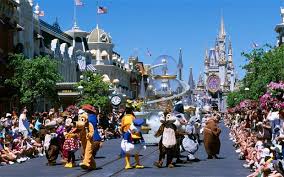 I was thinking about Disney (which happens a lot) and was thinking if I was an Imagineer and could make changes what would I do? I decided to turn it into a fun thought process and share with you guys! So, I am giving myself one park (Magic Kingdom) and three wishes (uh changes) that I could make happen with the snap of my fingers and the backing of the Disney corporation.

So, what three things would I change in Magic Kingdom? Hmmm….I love the Magic 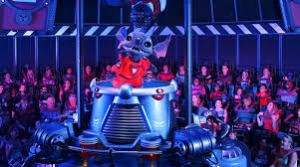 Second, I would make Tom Sawyer’s Island more exciting and put something there that gives it a reason to go there. I know currently you can see a few little areas and walk around but what about a great attraction and dining option, even another gift shop but something to make that riverboat ride worthwhile.

Third, and this is starting to get hard because I am not willing to give up anything else in the Magic Kingdom, and warning this is not going to be popular with some of you. I think there needs to be less meet and greets and lines and more shows that you can see your favorite characters. Shows that you can sit down and watch them…similar to Beauty and the Beast at Disney’s Hollywood Studios. Standing in line for hours at a time really burns the magic for those doing it, but make the option go away, and you see your characters in all their glory. Well that keeps the magic going and the mystique still alive!

So, if you were Imagineer for the day and could make a few changes what would they be? Do you agree with mine or do you love Stitch’s Great Escape? Let me know!