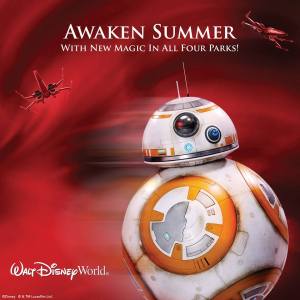 Thanks to Disney Travel Professionals for the photo.

Yes, Awaken Summer is almost here and so many changes and fun events and new stuff is coming to Disney! It is going to be fantastic. Who is more excited than me? Probably someone going soon. I turned in my WDW card for a DCL card for the Summer and starting to question it with all the new comings (and goings!) But, hey it will still be there in the Fall – I hope!

So, for EPCOT they are going to have a few MASSIVE things to celebrate Awaken Summer!

First, Soarin’ is about to re-open. Now, they did refurbish the Soarin’ ride in two ways – first 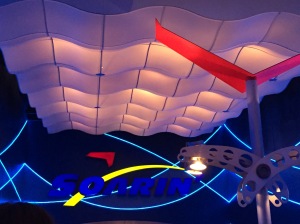 they added an extra theater and so that is going to help the lines tremendosly. Second, they changed the movie from Soarin’ Over California to Soarin’ Over the World. If you have been missing the old Cali version you can watch that up until June 17th when the brand new Soarin’ Over the World debuts at Disneyland in California and Epcot at Walt Disney World. For this attraction we are giving the premiere not to our friends at Shanghai Disneyland and letting them show it first on their grand opening June 16th! Watch out for some new smells and all new video. Very Exciting!

Speaking of helping Soarin’ lines, one thing that is not going to help the lines is the opening of the new Frozen Ever After ride in Norway. Reason this will change the lines at Soarin’ is it is a new ride that is another Tier 1 – so choose new Soarin’ or new Frozen? EEK! This ride in Norway is taking place in Arendale and replaces a crowd favorite Maelstrom – so big shoes to fill!

Another Frozen addition (because how can you have too much Frozen? Well, let me show you how…nope never mind!) You can not meet and greet with Anna and Elsa at Epcot at the Royal Sommerhus, also in Norway. There are no fastpass+ available for this meet and greet. Oh, and I guess I should add since Anna and Elsa are going to be in Epcot they will no longer be in Walt Disney World for meet and greets – well, clearly they can not be in two places at once?!