We’re back with another Disney recipe! This time it’s Apple Brined Pork Tenderloin with Root Beer Demi-Glace from The Wave…of American Flavors.

This one is not complicated but does take a little bit of beforehand prep due to the brining process. 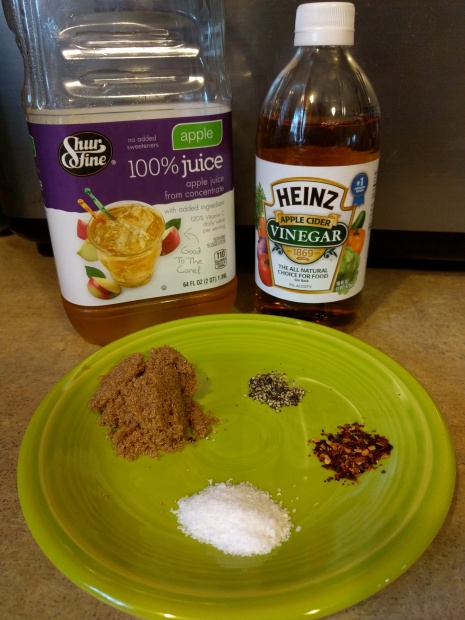 For the Root Beer demi-glace: 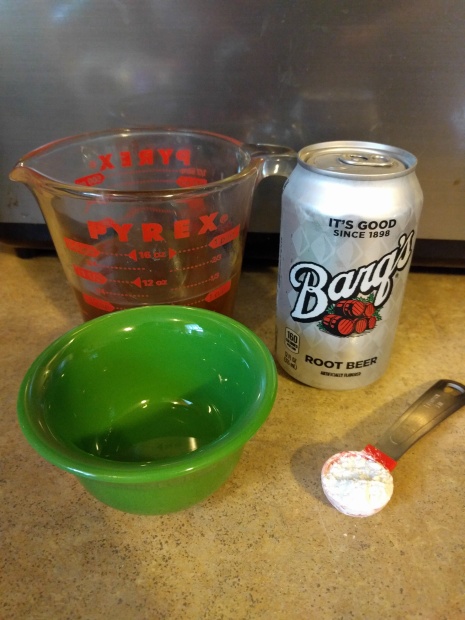 To make the brine, add all the brine ingredients to a pot and bring to a boil to dissolve salt and sugar.  Cool to room temp then put in a container (I used a gallon zip top bag) with your pork.  I used a small tenderloin, but you could use chops if you wanted.  Store in refrigerator for 24 hours.  Mine actually brined longer than that as my dinner plans changed and I didn’t end up cooking the pork until the next day.  I think it worked out ok.

Once you’re ready to cook your pork, you’ll want to take it out of the marinade and dry it off a bit with a paper towel.  Now, you can choose your cooking method as the recipe doesn’t specify.  You can roast it in the oven or grill it, but I would suggest using a low heat as the sugar from the brine will burn easily.  I chose to sous vide mine.  If you’ve never done a sous vide method, I would suggest checking it out.  It’s a foolproof way to tender, juicy meats.  You can’t burn it!

While the pork was cooking I made the root beer sauce.  You’ll want to bring your beef stock (didn’t have veal stock on hand) and root beer to a boil and then reduce by 1/4 volume.  Then you’ll want to make a slurry with the cornstarch and water and cook for and additional 5 minutes.

My demi-glace ended up rather thin so I’m thinking maybe I should have let it reduce some more. 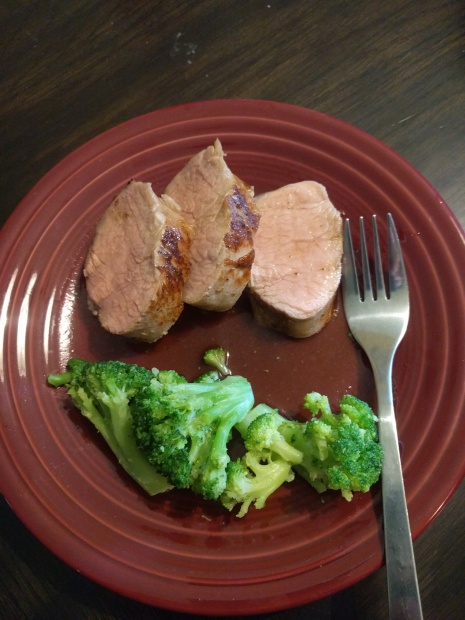 Our thoughts:  I thought it was pretty good.  I prefer my usual method of preparing pork tenderloin, but I liked it.  My husband shared my opinion.  I might try to make this again and fiddle with the demi-glace some to see if I can get it thicker and more of a sauce consistency.  I did like the root beer flavor with the meat.  Overall, I thought this was rather easy and tasted good for the amount of effort involved.