Sci-Fi Dine-In Theater was another new restaurant for me on my last vacation. I chose it for its ambience, which may have ended being downside for my family. This restaurant is themed like a drive in theater where the table and chairs are cars facing a large drive in movie screen. This plays campy movie clips from the 50’s and 60’s. 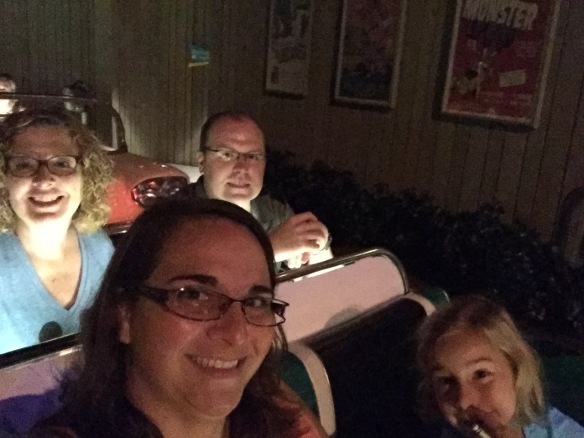 A couple of the downsides were that is rather dark in the restaurant so if you are one who prefers a bright place this isn’t going to be a great choice. Also if you have an odd number of people and are not at the picnic tables one person will be sitting alone. And lastly as for this location is if you have a kid who is a bit of a chicken this might be hard. My daughter was a little scared by some of the clips, so keep that in mind for those kids who are the nervous sort.

My choice for dinner was the Salmon BLT Sandwich, it was very tasty, and very filling. It was not something I might have ordered regularly, but I am glad I tried it because I would order it again.

My husband had the build your own burger which I have to assume was good as he finished it! 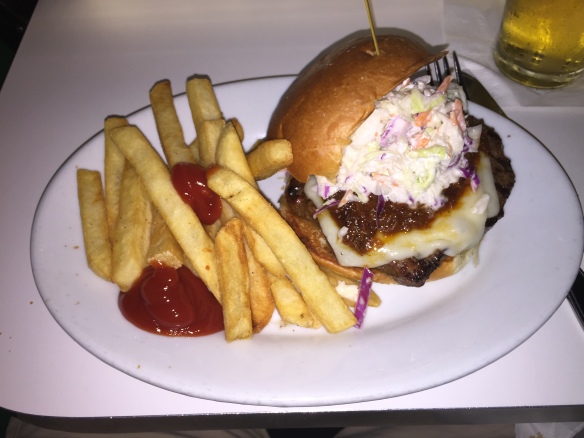 My mother-in-law had the vegetarian shepherd’s pie, which I neglected to take a picture of or try, but she assured me it was tasty!

Bottom line; I would probably go back again but not any time soon. There are few choices to dine at Hollywood Studios so while it is on the short list I would check out 50’s Prime Time first.