Here is the final installment of my Imagineer for the day, Magic Kingdom edition. 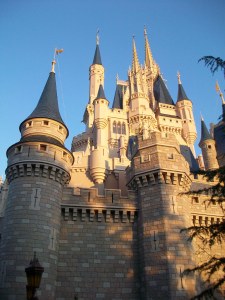 Tomorrowland Speedway is the first item up for refurbishment. Let’s get rid of the current cars and work with Chevy or Tesla to get sponsor the attraction and get electric cars on the road.

Tom Sawyer Island, sorry Disney but most people aren’t interested in this so what it needs is an interactive game similar to Sorcerers of the Magic Kingdom. Or if we are going all out a restaurant. Maybe something like a Club 33 at Walt Disney World.

Stitch’s Great Escape, no controversy here at all. This should be gotten rid of all together and start over from scratch. Maybe we can have a Stitch attraction but it needs to be more entertaining and family friendly. I would love to see something from Tomorrowland the film and its technology incorporated into an attraction here.

Magic Kingdom is pretty great the way it is, so it was a bit tricky to come up with some ideas for this park. Of course I wouldn’t be opposed to Mr. Toad’s Wild Ride making a re-appreance in the park if I am dreaming big.

So what would you see changed in the Magic Kingdom?

And if you missed any here is Part I, Part II, and Part III.

2 thoughts on “Imagineer for the Day-Magic Kingdom”